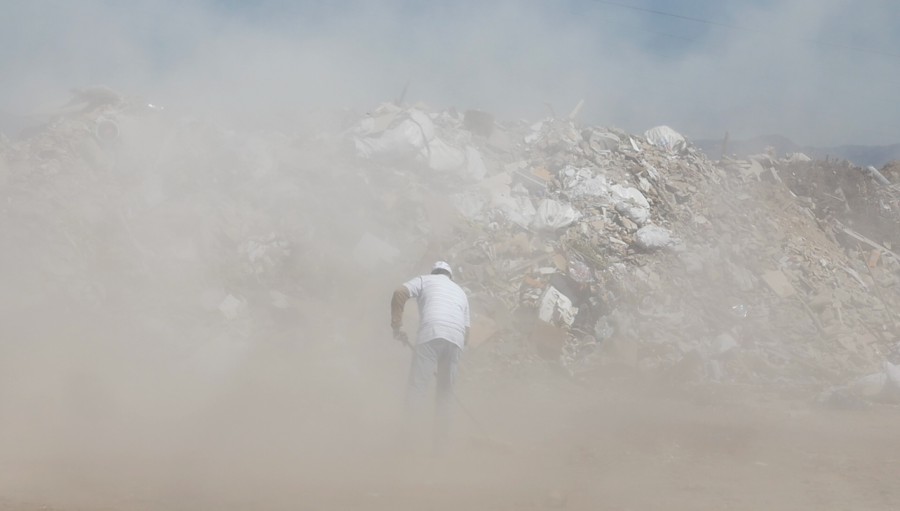 The specific project that Anna Malagrida (Barcelona, 1970) has developed for the IVAM, is the outcome of her interest in the festival of Fallas as a phenomenon of cultural identity, developed through observation of something that is on the fringe of the festival: its ashes.
The ashes of the Fallas monuments are a vestige of them, in the same way that a photograph preserves something that existed and is like a trace of it. Thus ashes function like a photograph, capable of activating the memory of those who knew what was photographed and establishing themselves as the last remains of a Falla.
Taking the idea of vestige and trace as its starting point, this project seeks to explore new forms that emerge from observation of the process of collecting the ashes of the Fallas monuments and observation of the actors involved. The involvement of those actors (street cleaners, lorry drivers, rubbish tip workers) in the project is an essential element that will nourish the works with their stories and their testimony, giving a new form to the experience of the festival.
This proposal poses the following questions: What is the common ground that corresponds to the personal memory shared during the festival? Is there is a form that can be associated with the collective memory, or is it an intimate personal memory situated in common ground?