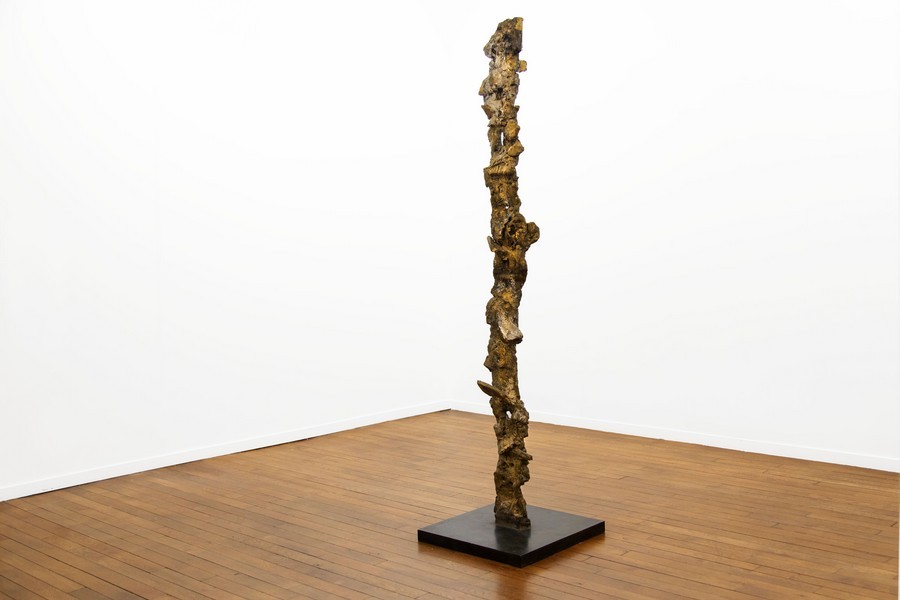 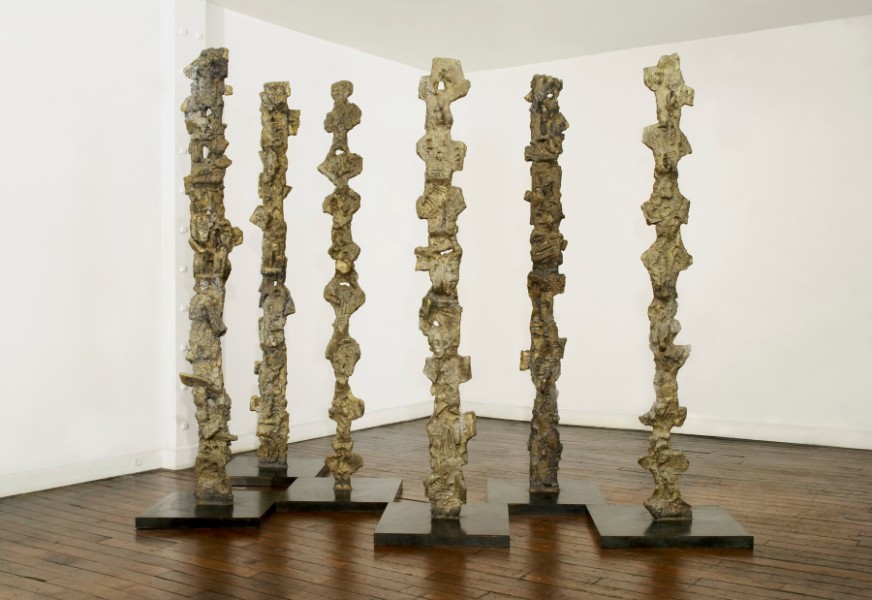 Galerie RX is proud to announce the exclusive international representation of French-American sculptor Alain Kirili, who passed away at age 74, May 19th, 2021 in New York.

In 1972, Alain Kirili had his first solo gallery exhibit in Paris at Ileana Sonnabend. There, he met Robert Rauschenberg who invited him to New York. Starting in 1976, a chain of exhibitions anchored his international career started with P.S.1, New York, then Kassel’s Documenta 6 (1977), his first solo exhibit in New York with Ileana Sonnabend (1978) followed by the first acquisition by the MoMA (1979) then a second (1984), and a solo exhibition at galerie Beyeler in Bâle (1980) …

Alain Kirili was born in Paris and was quickly captivated by American expressionism in discovering David Smith’s sculptures and the paintings of Barnet Newman.

He translated, into his sculpture, inspiration from a number of cultures. After the United States, Korea through calligraphy, then writing with the original Hebrew alphabet was at the origin of his series, Commandment. Travel through India called to mind a spiritual and sensual dimension in sculpture, in understanding Hindu concept of Yoni-Lungam. Finally, music, with jazz and Afrobeat, in which improvisation of rhythm springs out of him at full speed. Speaking about the sculpture he says that the music and dance speaking in communion, as well in his workshop as in his exhibits.

Galerie RX will present, starting Saturday April 9th 2022 in Paris, for the first time, one of the six sculptures of the Totems series, exhibited at Palais Royal in 2005.

Then in New York at SLAG&RX Galleries, a private viewing is planned for May 20th, with a personal exhibition in the form of an homage, one year after his death during the week of Frieze. This exhibition plans to present three groups of sculptures, inside and outside of the gallery on the patio. There you will discover, notably, the five other sculptures from the Totems series.

We would particularly like to thank Ariane Lopez-Huici, his spouse, for her trust in this.

Alain Kirili is an international artist whose works were exhibited in numerous institutions and art galleries, as well as in prestigious collections.