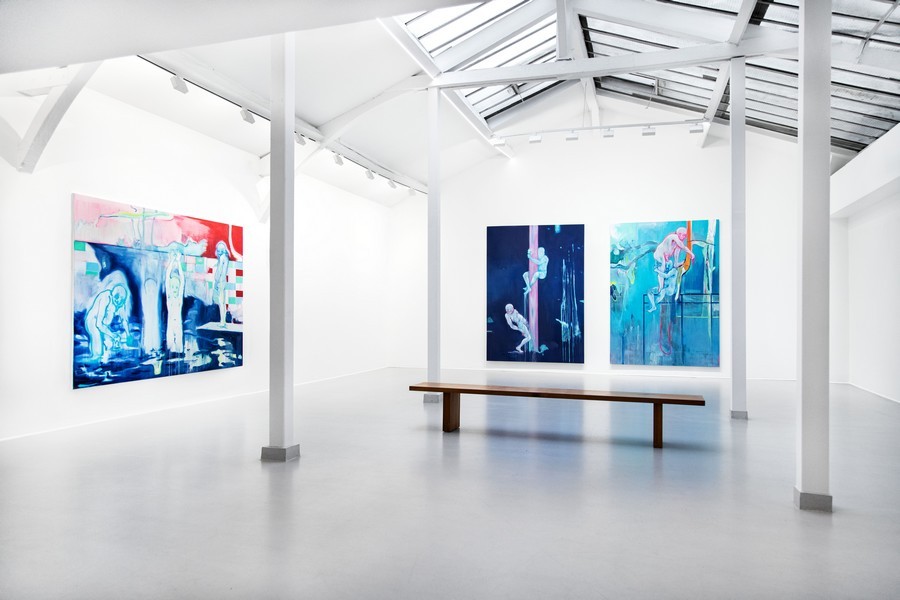 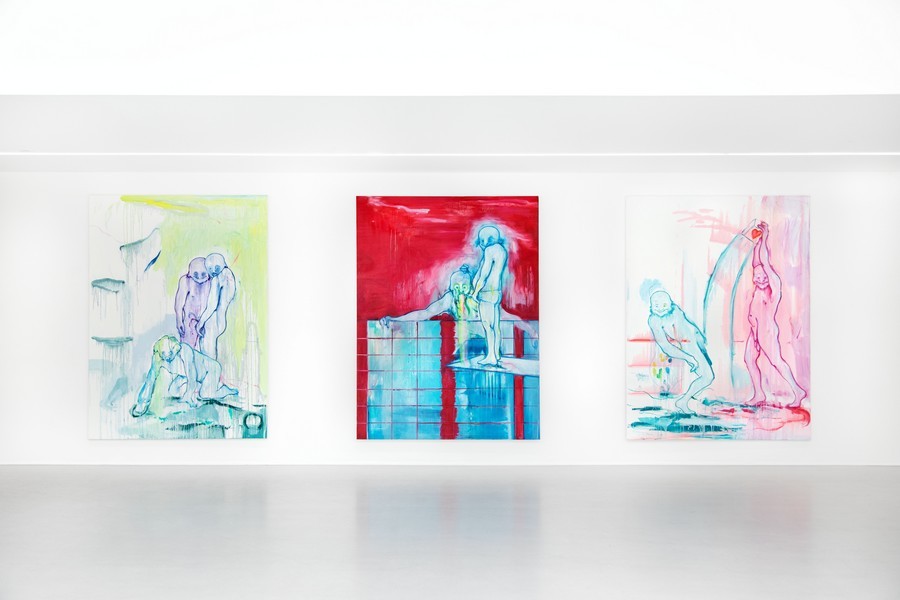 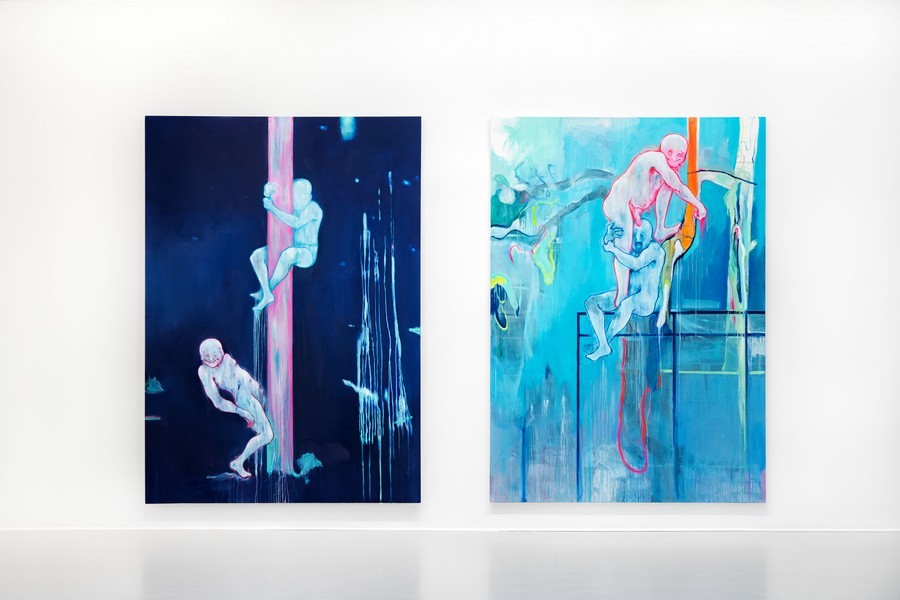 RX gallery offers the artist a solo show in its Parisian space. Entitled "Super Eros", the exhibition brings together fifteen oils on canvas produced between 2019 and 2021, in whichthe artist paints the life drive, the Eros of the Greeks. With his characters out of time, naked and captured in picturesque situations, he leads us to ask ourselves the right questions. He surprises us. His superheroes/Eros don't need capes or hide behind pop costumes: they're no fools. They marvel at life, simple things; they are literally alive and aware of their contradictions. There is no judgment or morality, just the joy of being alive.

What is this incredible humanity portrayed by Vincent Gicquel? A bunch of gay boys caught cracking schoolboy jokes? Sex-obsessed simpletons? Dramatic characters from Dante's Divine Comedy? We are disturbed, torn between the desire to laugh or to be frightened with them. The artist does not decide, quite the contrary: he holds on to this ambiguity and plays with it, to the point of putting us in an unexpected position. These beings are surprised by our intrusion into their daily lives, our presence as a spectator bothers them. Through their expressions and the looks they give us, they project us into their world. The monumental format of the paintings facilitates the mirror effect. We are now part of the scene.

"They're as pathetic as they are ridiculous but that's okay, they tell you that meeting you is important."

Vincent Gicquel reduces them to silhouettes, to their state of sign. They are naked and do notbelong to our time. No element of decor locks them into a geography, an era or a moment of the day, even if they have shadows. These beings are at the same time at the dawn of the Creation of the world and at the twilight of its annihilation. They don't care, they're too busy to think about it. They are facetious and dramatic, comic and tragic at the same time, which one can read on their faces.

"The expression is harsh, funny or caricatural, if it's strong I stop, but I don't necessarily makesomeone smile. That would be too obvious and literal.

They seem fragile and strong, and Vincent Gicquel is fundamentally attached to this ambivalence. In the Super Eros painting (2021, 280 x 200 cm), one rubs his penis against the post which merges with his erect member while the second hangs on this post, completely frightened.

"He's afraid of abandonment, of letting go, of death so he clings on. This same post is an object of desire for one and an object of terror for the other. There is always a duality in my paintings, two sides of a coin + the edge".

In the Bath (2020, 200 x 270 cm) where three characters are lined up in a sort of swamp. The first seems to be looking for something in this expanse of water (gold?) while the last raises his arms to the sky: he opens his mouth, shouting with joy or pain. Both are possible. The colors are also in between:

"They are not straightforward, they are slipping. The blues are more green, the greens more emerald, the pinks more faded... You never really know. My painting represents vestiges of the history of painting, with flat tints, drips, abstract shapes, figurative..."

Several readings overlap and feed, between poetry and sensuality.

They are in direct contact with the archetypal energies that Freud theorized, precisely opposing life instinct and death instinct, Eros and Thanatos. The two are complementary, essential and Eros dominates when one places oneself from the right point of view. His hybrid beings do not judge, are in immediacy, in the acceptance of themselves and of others. Which goes against a society that agitates artificial fears, mothers of all folds, identity or politics. So Vincent Gicquel chooses his camp, that of Eros.

“Love is everything, nothing matters anymore. »