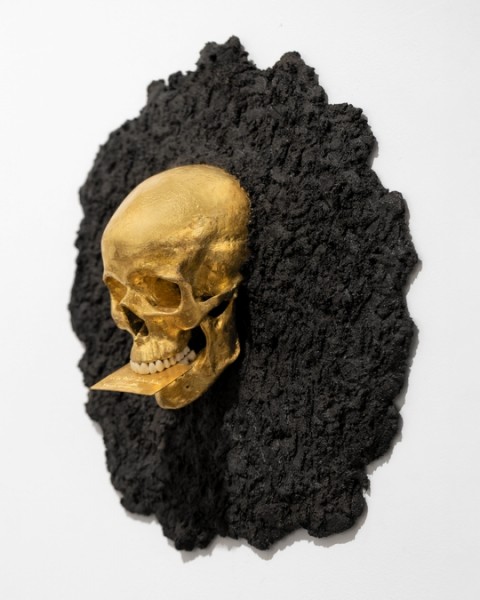 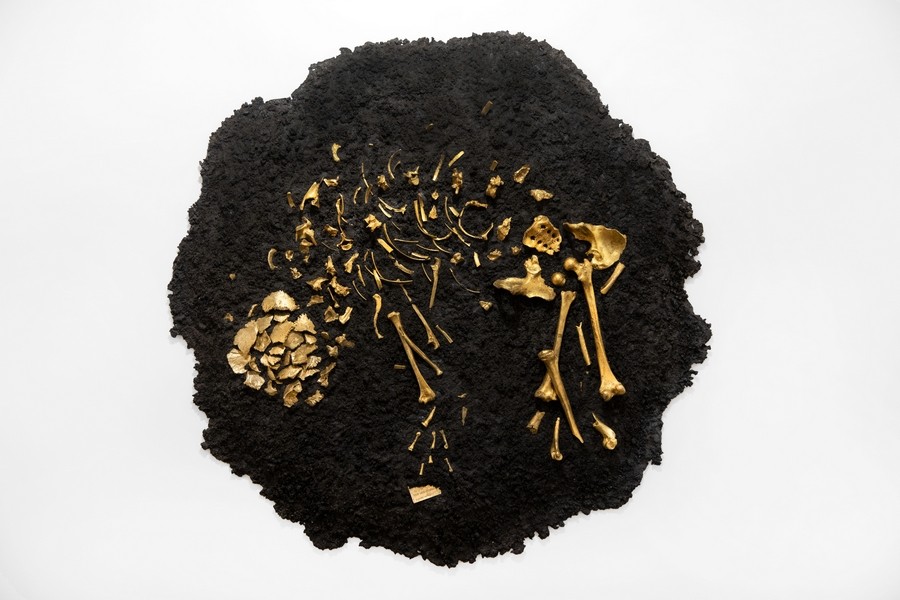 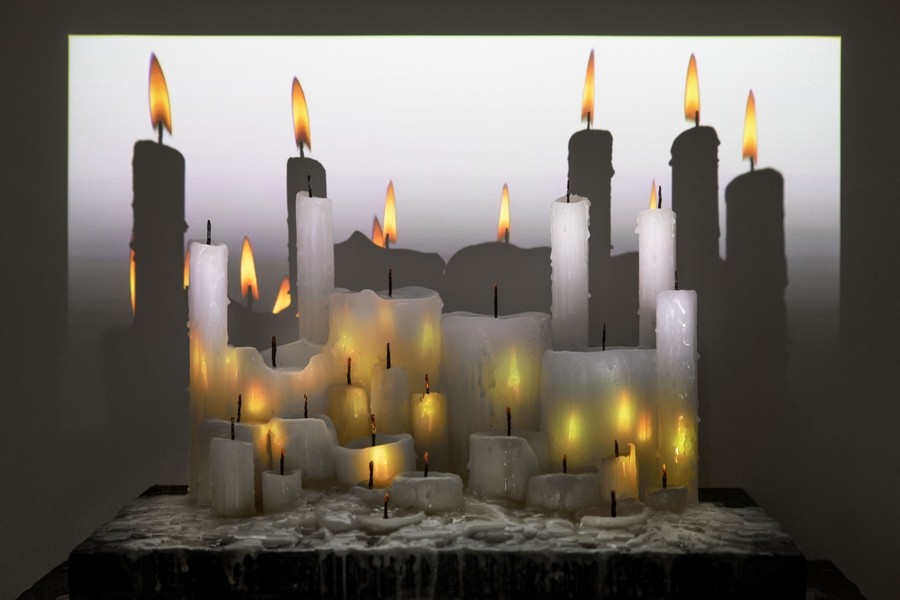 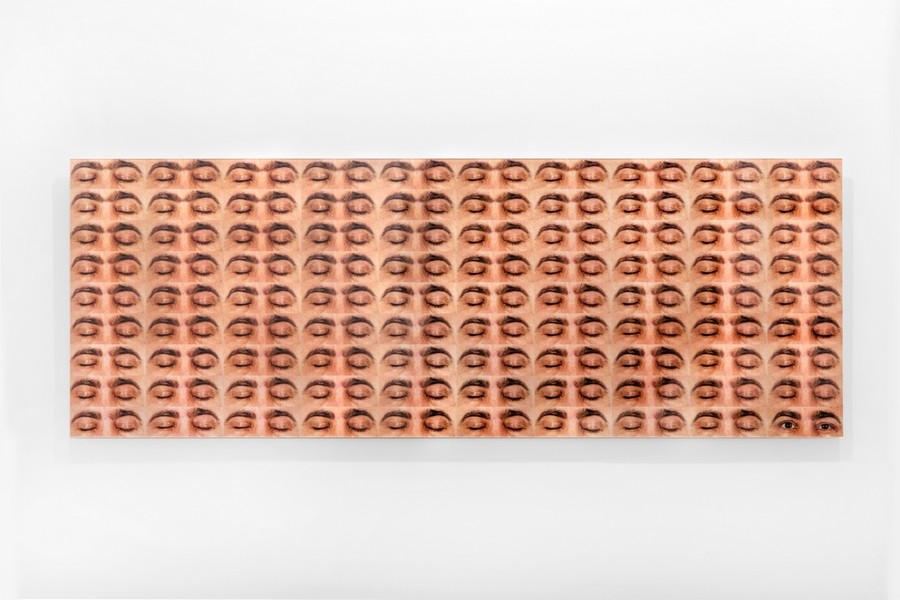 For his second solo show at galerie RX, Samuel Rousseau presents unedited pieces: videos, photographs, and sculptures. This exhibition is based in the direct extension of the work of the artist, which poses a malicious, poetic, and human gaze on our world. A work which included leading institutions across the world, from the museum of Grenoble to the Mori Art Museum in Tokyo, the Foundation Salomon in Annecy, the Collection Hermès or the Museum of Old and New Art, Hobart in Australia.

Between metaphor and oxymoron
The most recent works of Samuel Rousseau operate on a balancing movement between current affairs and the mystery of stars, between human violence and the infinite ladder of the universe, and also between the masculine and feminine architypes. It is what he considers to be “a shout, a scream, and a way to resist”. Poetry is certainly his ally and the best armor for denouncing injustices like divisive and exclusionary social stereotypes. As evidence of this is “Bottles in the Ocean”, which reflects on the tragedy at play in the Mediterranean: “I used bottles that contained an SOS thrown by a castaway. Unfortunately, they just crashed to shore, hence the fractured faces of migrants on the broken bottles.”
His climate anxiety is pronounced in “Petit Con”, which analyzes social consumerism demonstrated by the massive utilization of natural materials, like gold, which he illustrates on human bones. Incidentally, he describes himself as a “petit con”, by obligation of using gold despite it being a precious material. To him, the gold business is a reflection of the commercialism of fine aesthetics which we as humans prize over elements vital for survival, which drives the destruction of the environment.
In his series of photographs titled “I would really like to look like you”, he affirms his identity and poses the question of the norm since the artist is decked out with a unibrow, that is to say that his eyebrows join together to form an “albatross on the face” like he describes himself. He claims reference to Frida Kahlo. In the line of 90 photographs which make up this piece, he pulls out a hair each photograph to reach a sort of normalcy at the final image.

A response from the stars?
Another carefully selected work we endorse propels us towards the starts in search of the origins of life. Rousseau explores this mystery in distorting a Prehistoric emblematic sculpture, Venus of Lespugue. “I project images of nebulas, the birthplace of the sun in the universe, onto the entirety of it; with this “mount of Venus”, I make a bunch of petals appear from flowers that, in evolving, form a double helix of DNA which flies in shards at its torso to melt into the cosmos.” The other tentative response is found in the “Cosmic Soup”: “For us to understand how the universe functions, scientists and other pop-scientists use the term “cosmic soup””, the big bath where the essential elements gathered and became the origin of everything. “I fix a mischievous gaze as I spoon my spoon into my cosmic soup which will create some sort of distortion of time and space.”

Samuel Rousseau, video artist?
Samuel Rousseau prefers to identify himself as just an artist, rather than a video artist, to avoid defining himself and his work by a medium. “For me, using videos makes perfect sense; it is like a second skin that begins to apply itself onto an object. For me, the use of video falls below the meaning: like Neanderthals who scratched and combed the walls of caves with ocher at their disposal, I use the tools of my era.” In all senses, his work kindles reactions and reflection, without closing the debate.

Biography
Born in 1971 in Marseille, Samuel Rousseau worked mainly with video and computer resources but his techniques of expression vary between sculpture, photography, installation art, drawing, fine arts, and digital art. He examines questions about humanity, the contemporary world, and mass media. Technology, used discretely in his work; is strictly in service of poetry where the virtual and the reality converge. In his fictional and often poetic video loops, everyday objects, recycled or transformed, come to life and bring up new questions. He was nominated for the Marcel Duchamp prize in 2011 and he received the medal of arts from the French academy of architecture in 2016.