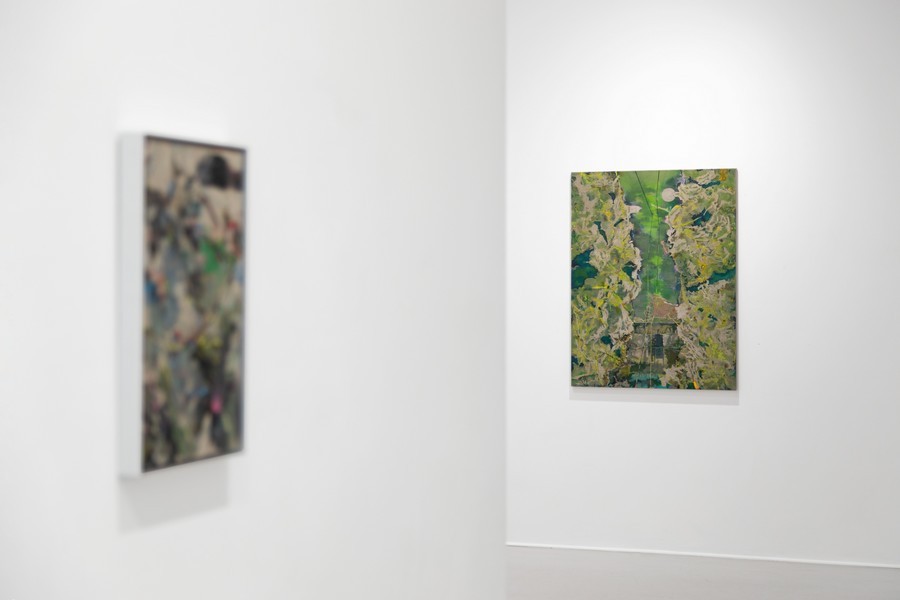 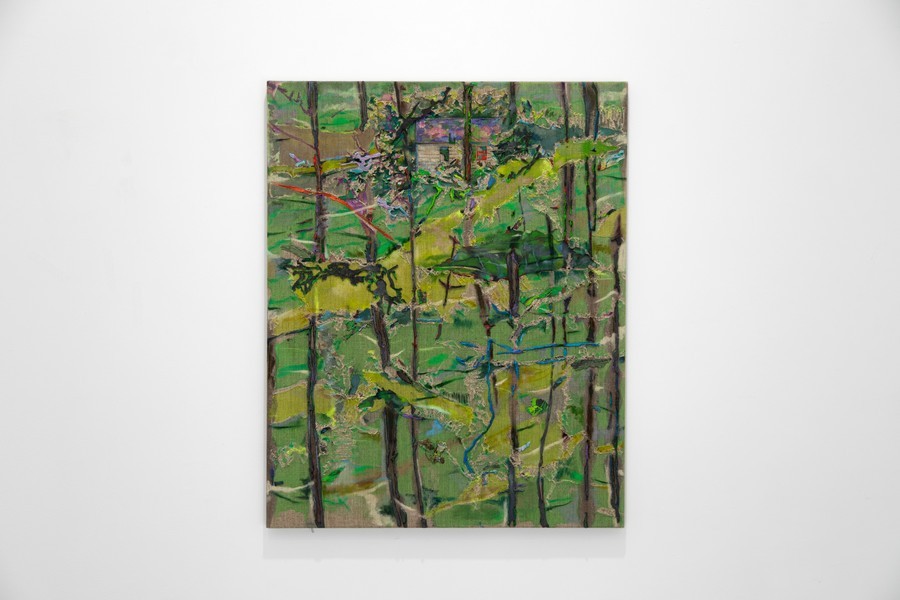 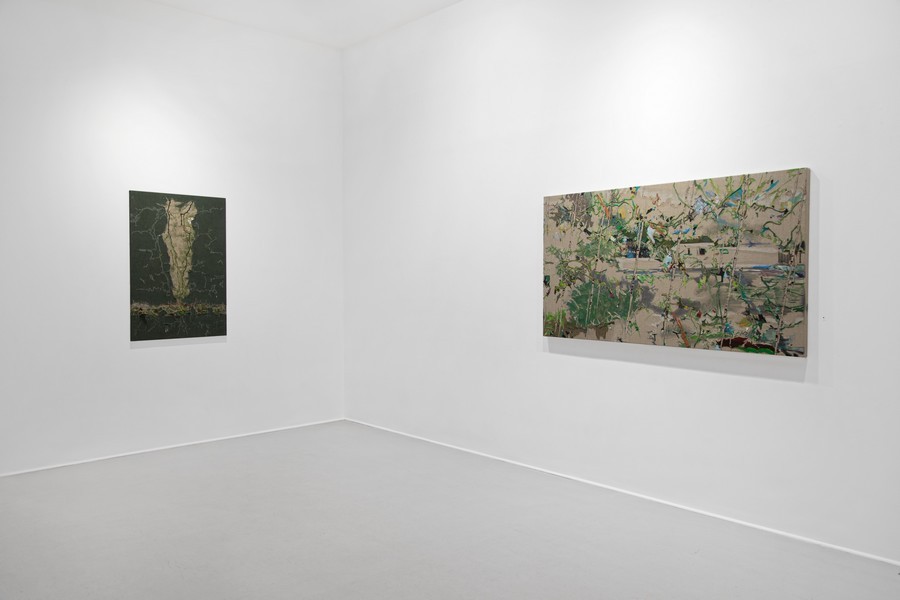 With "Ground language", the German artist Paul Wesenberg offers a new exhibition bringing together 12 works produced especially for the occasion. He poses the question of a strong, essential plastic language, devoid of any artifice, while continuing his reflection on the practice of painting in the 21st century.
Everything is concentrated on the surface of the canvas, an ambiguous space that is both the support of an image with undefined contours and the ground where the artist's reflection on painting is played out. The materiality of this surface is as important as the process of creation, the line and the color. The finished work becomes the witness of it. This is Paul Wesenberg's second solo show at RX Gallery.

Monumentality and subtlety emerge from Paul Wesenberg's works, to which a disturbance immediately responds. If at first glance his canvases appear as pieces of landscapes dear to the artist or as open windows on natural spaces that could invade the walls of the gallery, the closer one gets to them, the more one realizes that the surface of the canvas is the other subject of the painting. It is not smooth, on the contrary: it is both flayed and "augmented" with pieces of painted canvas. This is due to Paul Wesenberg's own technique.

Attacking the web, literally
With as a starting point a preparatory drawing as small as a matchbox, he does not transfer the drawing in a mimetic way, but the energy that comes out of this drawing. Hence the importance of the line, a true backbone of the painting and a seismograph translating this energy. From there, the artist attacks the canvas in the literal and figurative sense. With a sort of miniature drill, which one cannot help but compare to that of a dentist, he attacks the canvas, digs it, cuts it, perforates it. It is therefore not surprising that next to the classic brushes and tubes of oil paint, one finds in the artist's studio a mini drill, cutters, tweezers and various glues. This last operation is without possible return and carries a tension which imposes to the artist to be in the very moment, in the time of the creation.

Fragments of a painter
Then he adds his "oil skins" as he calls them, leftover fragments specially prepared in advance for each painting. He thus anchors the work in the color and in the material. It is only the layering and interaction between the layers that reveals hidden images, while playing on the raw canvas. The grey background participates in the image and the perception of space. If his works refer to precise places (what the titles translate), the artist interprets them by the filter of the sensation, it remains this impression of the memory of a place recreated by the spirit.  As one plunges into the world of Paul Wesenberg, dualities emerge: destruction and construction, disappearance and appearance of the image, deletion and addition, abstraction and figuration. He condenses all of this on the surface of the canvas, which he brings to life: he wounds, attacks, scarifies it, so many terms that evoke the human skin