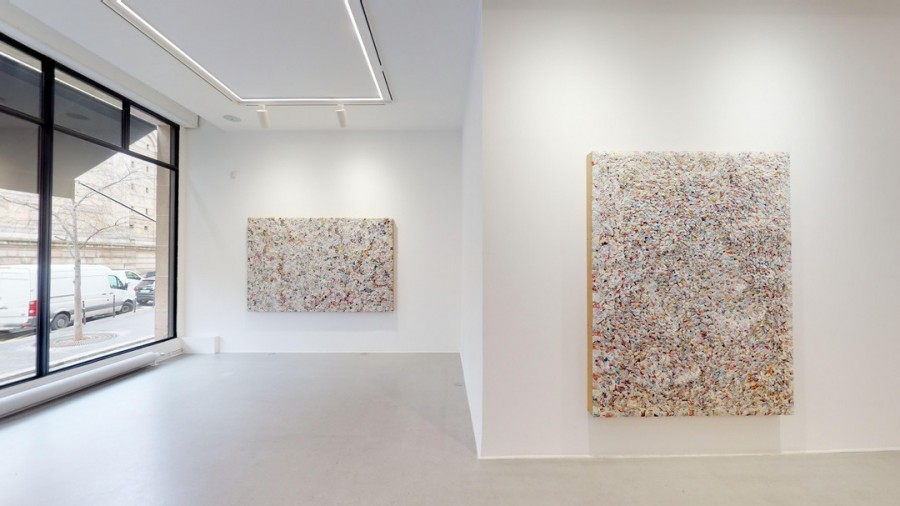 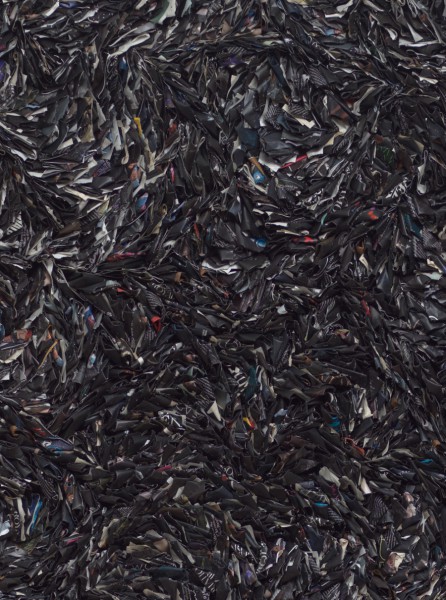 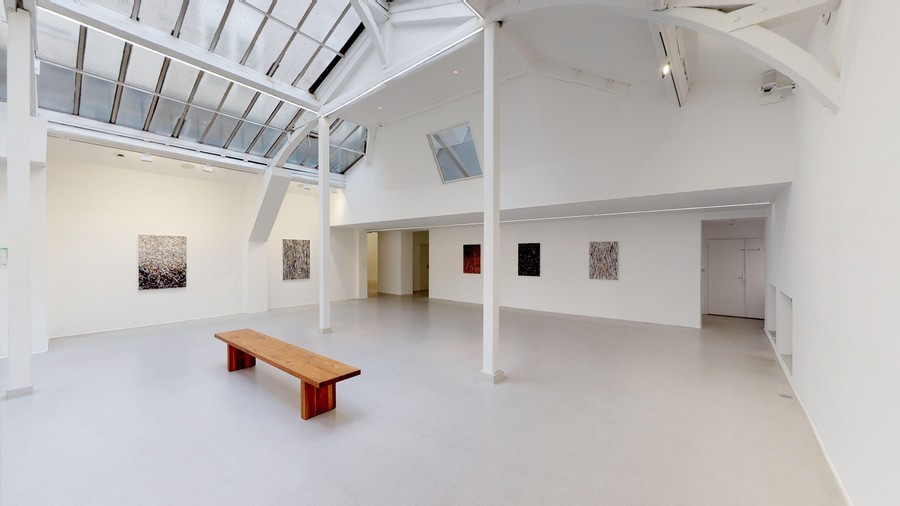 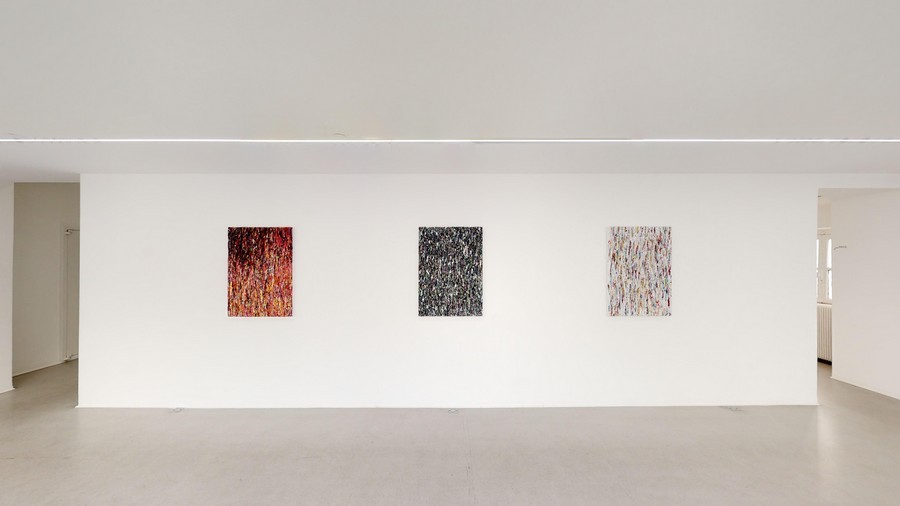 As a child, Kim Chun Hwan loved going to play at his father's sawmill. Already, the cutting and the wood shavings, with which he had fun making cars and boats. Much later, during the spring of 1995, he came to Paris and first settled in Chatillon, with the sculptor Shim Moon-Seup who lent him part of his workshop. There, there were a few wooden cases designed to carry works. He recovered the panels which he burned, scraped, painted, then striated, true beginnings of his future artworks.

Kim Chun Hwan then had the idea of compressing a few sheets of fashion magazines that he had been given, sticking them on his panels and thus creating reliefs. Some time later, after having saturated a board with his crumpled papers, he decided to saw the entire surface horizontally. The cut then broke the original chaos of colors to create another map with the white edges born from the leveling of the relief. For Kim Chun Hwan, the way was set. But he quickly understood that he was going to have to recover a lot of magazine pages. This collection, in flea market, from his neighbors or from publishers’ stocks, is now part of his approach. Once his journals are piled up in the workshop, he must choose the pages that can serve him, cut them out and build piles, by color dominant and by thickness variation, in which he draws to orient the desired chromatic range. He then glues these thousands of leaves (up to ten thousand for a large canvas) on each side, before crumpling them in the same gesture, repeated over and over, like reciting a mantra. After a long drying which makes this agglomerate of paper as hard as stone, comes the time of cutting which lasts several hours, first with the saw then with the cutter, and allows it according to the chosen depth to create rhythms, waves, visual vibrations. It was only after this masterful operation that Kim Chun Hwan discovered all the nuances of the final result.

Because if the artist, by the way of crumpling his leaves by putting forward the front or back, can favor this or that color - here a white tendency on one work, there a more bluish red on another, etc - it is ultimately subject to chance from the initial arrangement of the paper balls. Kim Chun Hwan also claims that part that escapes him, this random dimension of his approach based on the balance between the expected and the unexpected, the known and the unknown, the controlled and the accidental.

Behind his work on the material and on the possibility of another monochrome, which makes him a worthy heir to Park Seo-Bo, Chung Sang-Hwa, Ha Chung-Hyun… his elders of the Dansaekhwa movement (Korean monochrome), Kim Chun Hwan also offers a reflection on time with, buried in these folds, informations , advertisements and trends of an era contained in the pages now petrified. While remaining faithful to the strong tradition of paper in Korea, he also denounces a society of overconsumption and raises the questions of deforestation, ecology, recycling. A way to open windows to create awareness and a flow of fresh air about the world we live in.