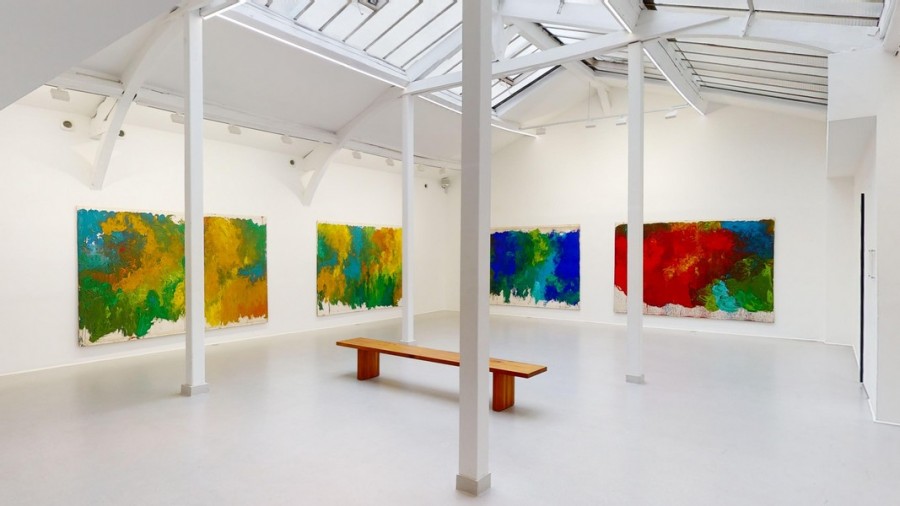 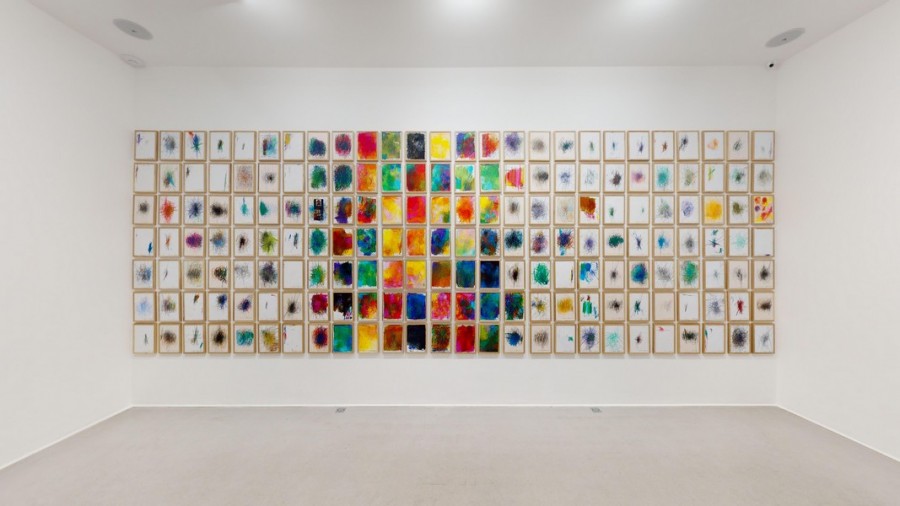 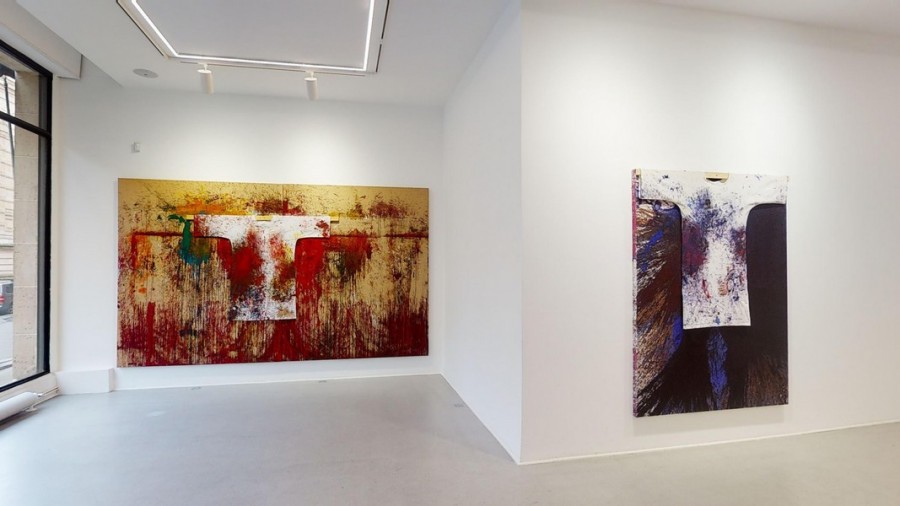 For this second exhibition by Hermann Nitsch, one of the founding members of the Wiener Aktionismus (Viennese Actionism) art movement at Galerie RX, a selection of colourful paintings and "informal drawings", produced since the start of the 21st century, will be presented.

Last active Actionist, his paintings, this time focused on colour, bear witness to a pictorial work with multiple horizons. His total and holistic art (theatre, opera, painting, drawing ...) draws the contours of a plural and avant-garde creation. Since his very first solo exhibition in 1960, Hermann Nitsch has never ceased to explore the possibilities of pictorial language, breaking free from the traditional boundaries of art.

The present exhibition will bear witness to a universe made of softness and lightness, breaking with the contours of the symbolic violence usually present in his painting. The use of a multiple chromatic vocabulary reinforces the idea of a pictorial relation to the sacred and to the forms which surround it, whose yellows evoke an image of spiritual light, the oranges the liberation of the Christ; greens and reds are used as metaphors for organic forms. Hermann Nitsch says of his oeuvre that colour is his "main concern", the other is the "glorious", "radiant" and "laughing" feeling of existence.

As a manifesto of the “childish innocence of art”, a set of 200 drawings of small formats, non figurative, will be presented. His "scribbles", as he calls them, can sometimes evoke seismic surveys, sometimes the candour of a child who seeks to leave his traces. At the frontier of deliberately primitive gestures, these works convey the hatching of a destruction and creation process.

This selection is a subtle witness to an action work and a work in action, timeless and active, evoking a vast territory of pictorial exploration. Its radicality and thoughtful construction, brings us back to an axiom advocating the body as a primary artistic tool.

Therefore, the art of Hermann Nitsch and the Actionists must be grasped as one of the “four emblematic moments”* of contemporary art, whose revolutionary dimension is part of a poetics of bodily realities, and make it a timeless manifesto, which breaks free from the traditional boundaries of art. The use of the body in his oeuvre becomes the ultimate medium, the one capable of awakening the realities of the artist's language: the body as liberation from self, fears and other unconscious anxieties. The creative dimension of the body promotes access to the senses. The body should no longer be seen as a model but as a creative tool, placing reality at the heart of artistic work.

An art of contingency then takes shape, whose unexpected dimension gives it its strength and originality.

This exhibition is accompanied by the entry into the collections of the Centre Pompidou of two "Movies", one from 1965, the other from 1988, recounting two actions. Added to this, the acquisition by the Tretjakow gallery of one of his paintings.