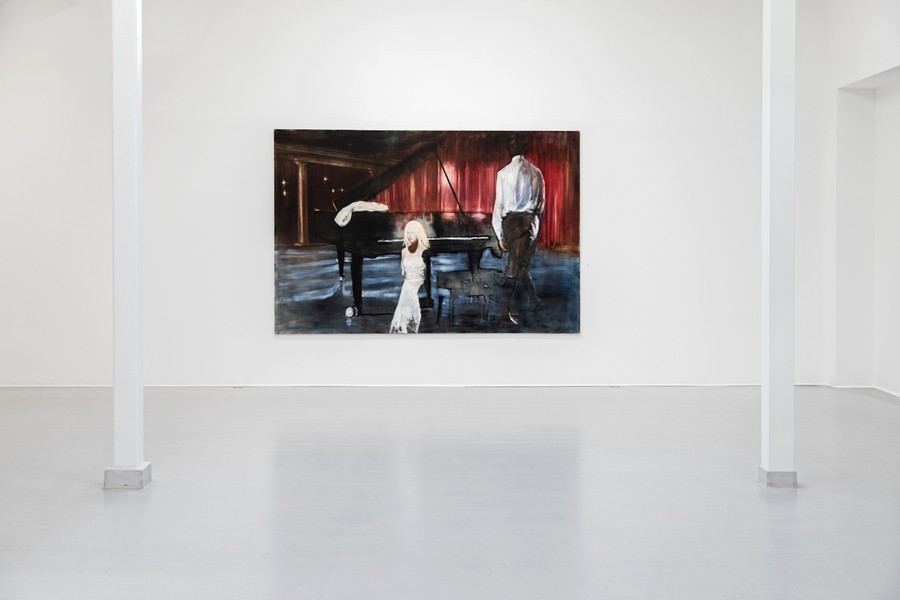 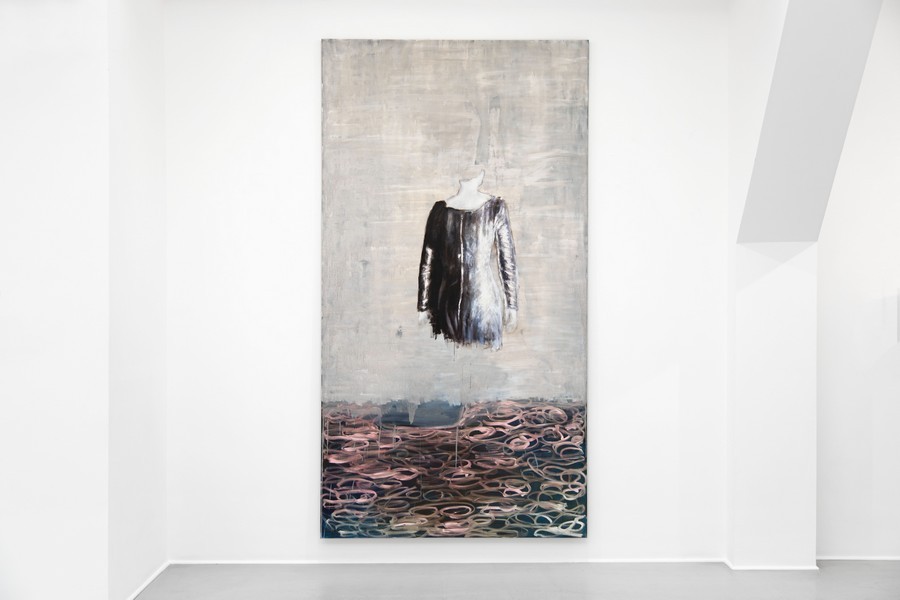 For its first personal show at Gallery RX, German painter Axel Geis offers a glimpse of his work of these 10 past years. In this selection of 14 monumental pieces, the eye is stroke by the strength and presence of these works the eye is struck by the strength and presence of these works which are so many fragments of a fragile memory ready to disappear. Melancholy, a key word of this work, envelops these enigmatic scenes with evanescent beauty. The words of Baudelaire resonate with the work of Axel Geis: "Melancholy is the illustrious companion of beauty; it is so well that I cannot conceive of any beauty that does not carry its sadness within it. sadness." Rather than a serene contemplation, his works invite to a serious reverie.

The works of Axel Geis describe a world out of time, anchored indistinctly in the past and in the present. The almost systematic absence of shadow reinforces this impression. If the artist is inspired by old paintings, photographs taken from his personal albums or scenes taken from films, he erases any reference to the context to leave only the essential, namely the human figure camped on a neutral bottom and seized in a movement, a posture or a theatrical pause. Only the moment counts, frozen in the glaze of oil paint. A new narration replaces that of the source image, less talkative, more enigmatic. "The characters are indeed withdrawn from the context of origin, but this one remains pure supposition since it is no longer there. I tend to look at them in this new context which becomes the new referent", states the artist.

Langorous melancholy
We can guess their state of mind and their feelings which always have to do with melancholy. Moreover, a great loneliness emerges from these scenes and in this, he goes further than an artist like Edward Hopper in whom the place or the context participates and reinforces the feeling of solitude. Alex Geis has freed himself from this to concentrate on the motif. Whether it is a little girl, a toreador, a young boy, a fencer, a harlequin, a woman next to a piano, each one becomes the unique subject, magnified by the monumental formats (200 x 300 for Frau mit Flügel for example).  Axel Geis underlines this melancholy by the evanescent touch and by the faces with barely sketched features. He paints fragmented bodies (Torso, 2014), as if certain parts had been erased, translating a ghostly presence (Boy, 2019). He depicts their future absence. These scenes are like memories ready to escape us. There is an inescapable side, almost dramatic. We are in an in-between, which is accentuated by the large, lively brushstrokes and effect of non finito. This idea of unfinished refers to the suspended time, stopped. A way to touch to eternity or to suggest a memento mori. Rather than a serene contemplation, his works invite to a serious reverie.

The simple and elegant color
Through his pictorial treatment, Axel Geis imposes these figures in a strong face-to-face with the viewer who can only appropriate the emotions depicted as he is caught in the monumental painting. Everything is only sensation. The gesture is fast to touch the essential, in an economy of means. The colored vibration composes with a palette reduced to a few colors: yellow, blue/violet, pink, red/orange. But only one dominates in each painting and it takes part of the confusion between the various plans. He superimposes "various layers of opaque and translucent painting by alternating between the background and the foreground". We understand it very well with his Torero or his Harlekin: the blue and pink backgrounds rise to the same level as those of the subject. There is no more hierarchy, the color shapes the space.